In this epic snow year of 2017, summer backpackers may find themselves pitching their tent in snow. If that happens, they will quickly discover that regular tent pegs will pop right out of the snow. I’m no snow expert (unless I’m on skis) but this year I’ve started to acquire some snow backpacking skills. First I took a snow hiking skills class with Ned Tibbits of Mountain Education to learn how to use an ice axe, Whippet and crampons. Then I went on a two-night snow backpacking trip in Desolation Wildernss in Tahoe that was 95% on snow. It was during this trip that Karin Schwartz showed me a few tricks about how to set up a tent in snow. 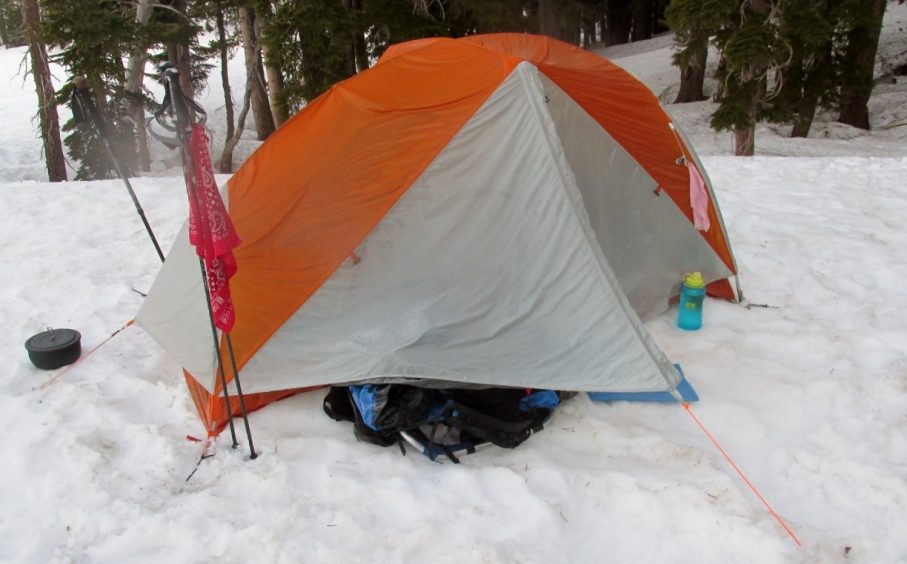 You can buy special snow stakes, but this procedure uses twigs. When you try to dig up the stake, you’ll see the benefit of using twigs. They hold up well enough in the snow but when you’re ready to break camp, you can pull the cord out, break the twig and just leave it behind since it’s part of nature. Otherwise, you’ll be using a shovel to dig out each metal or plastic stake. Swearing might be involved as you chip away at the solid ice block encasing your stake.

When I ran out of cord for the last tie-down, I found that the bungee worked well in the same fashion. I had used a bungee cord to lash my snowshoes to my pack, so it was available at camp.  I hooked one end to the tent and slid a twig into the hook at the other end. I buried the twig in the snow. However, I found that it was harder to pull out in the morning, requiring the use of the shovel. 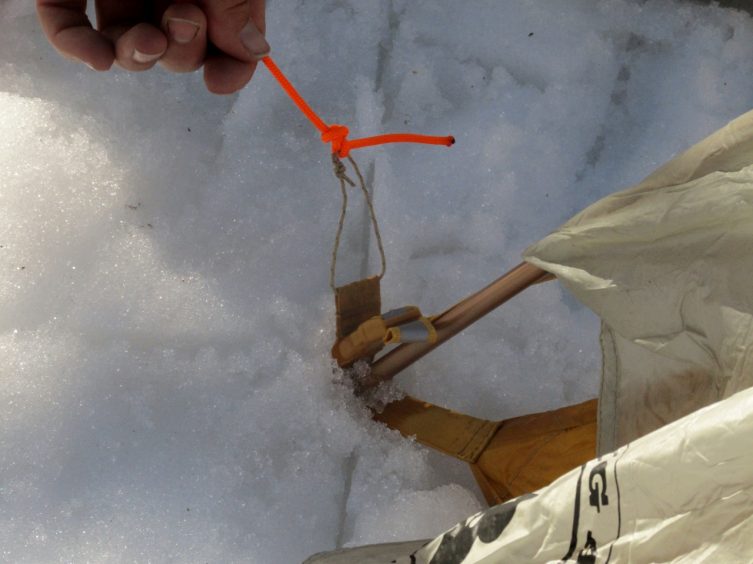 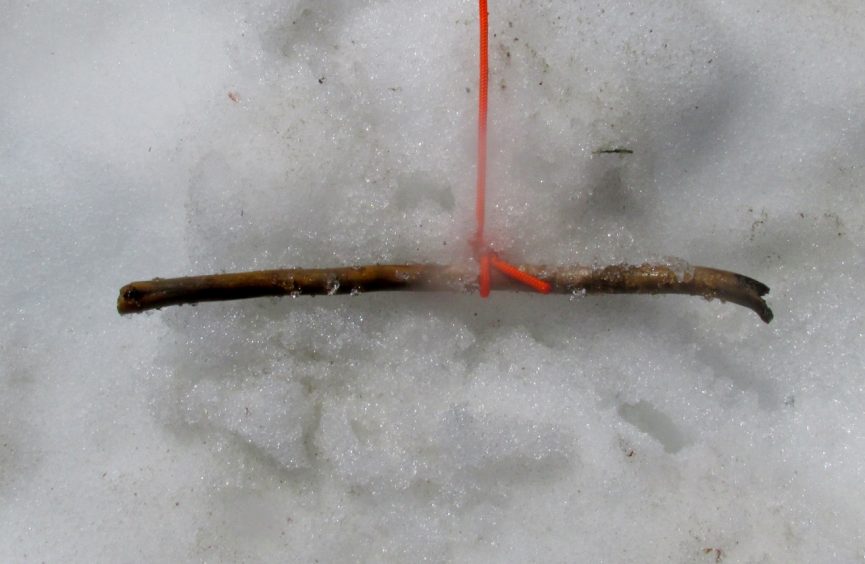 Tie the other end to a twig 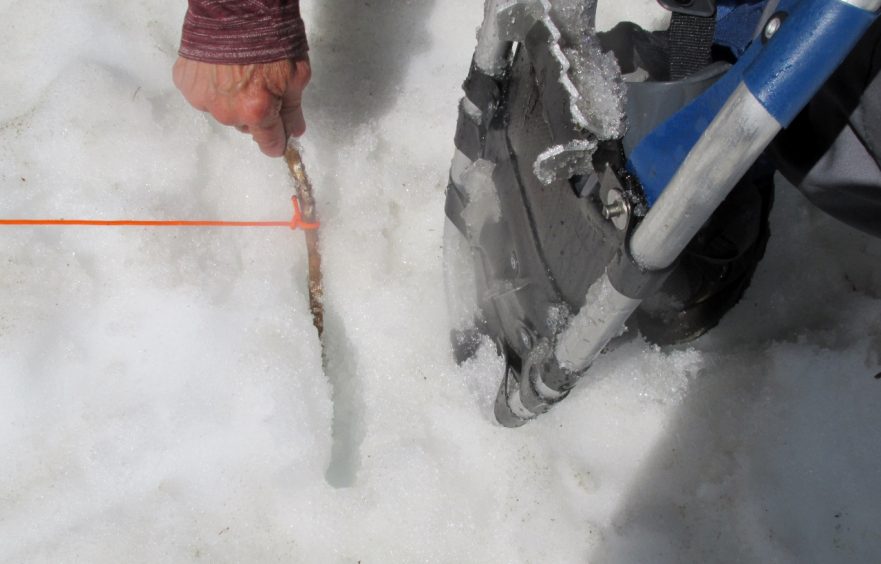 Make a trench big enough for the stake to fit horizontally. I used a snowshoe here to dig the trench. 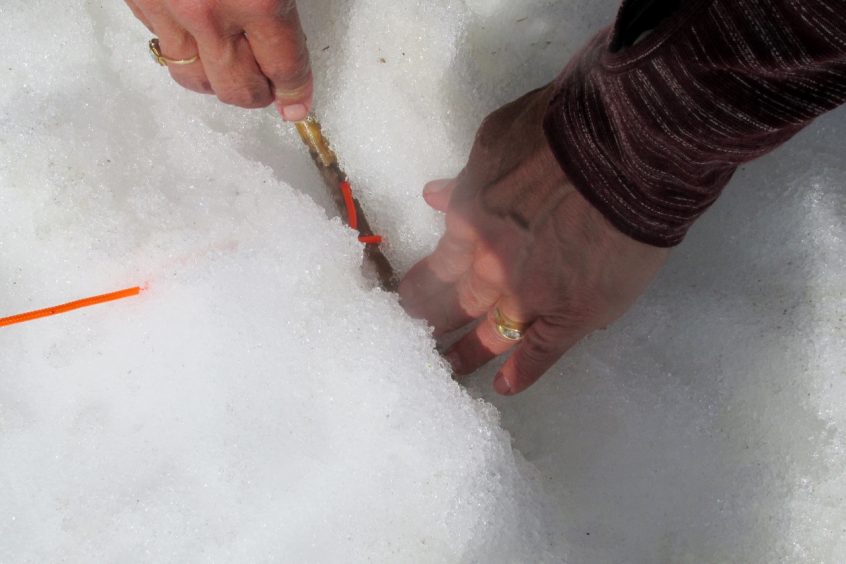 Slide the twig into the trench 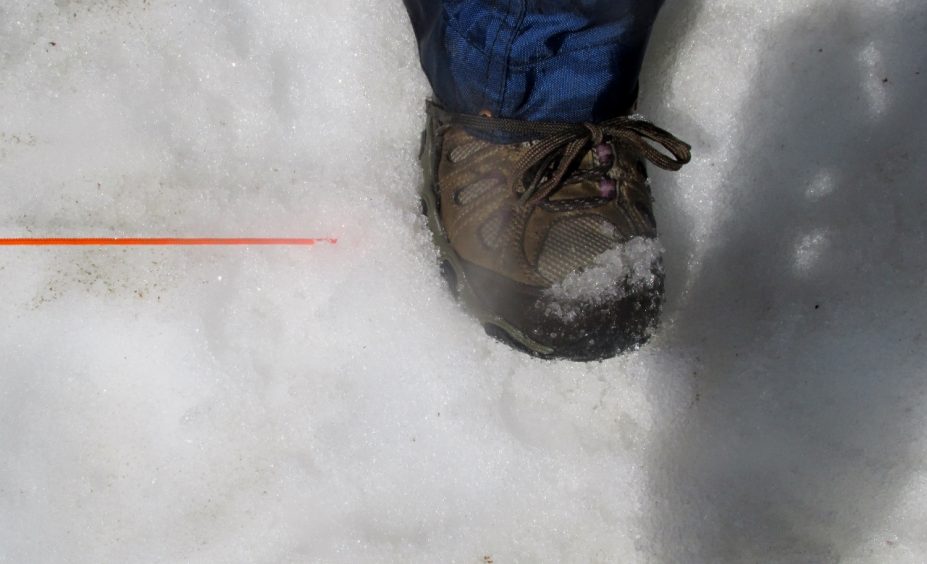 Step on the snow to compress it 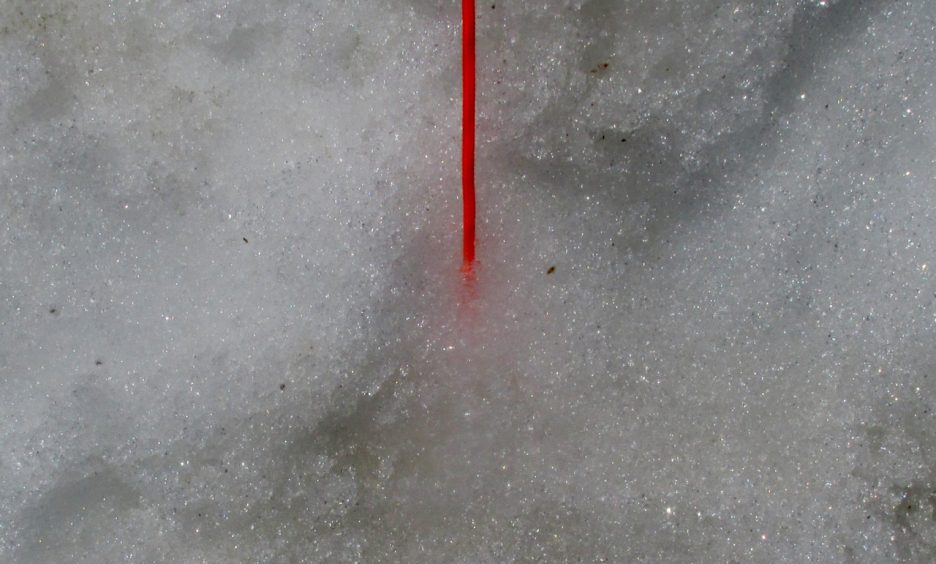 Wait 15 minutes and cord will be set in frozen snow 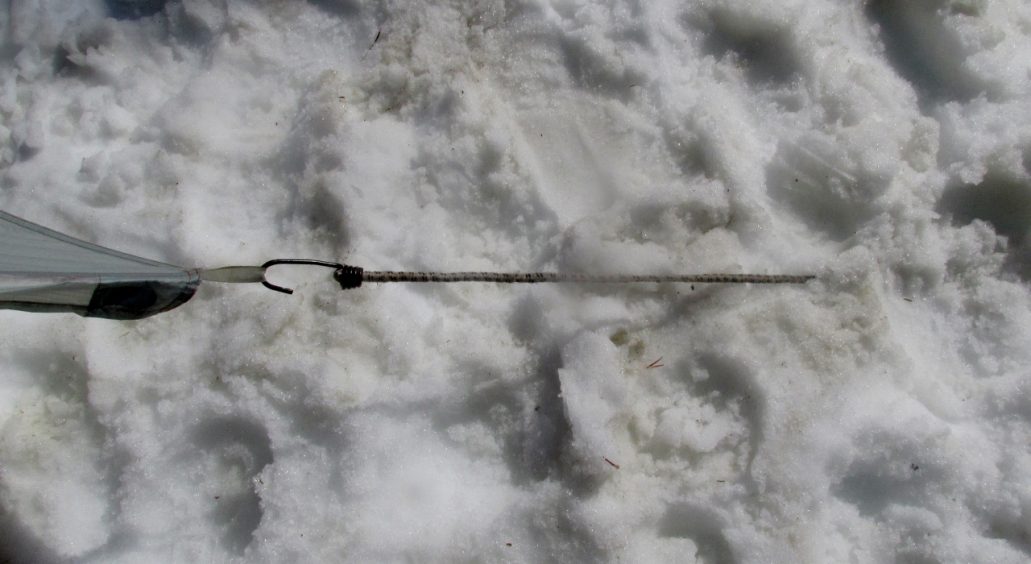 A bungee cord can work in a pinch 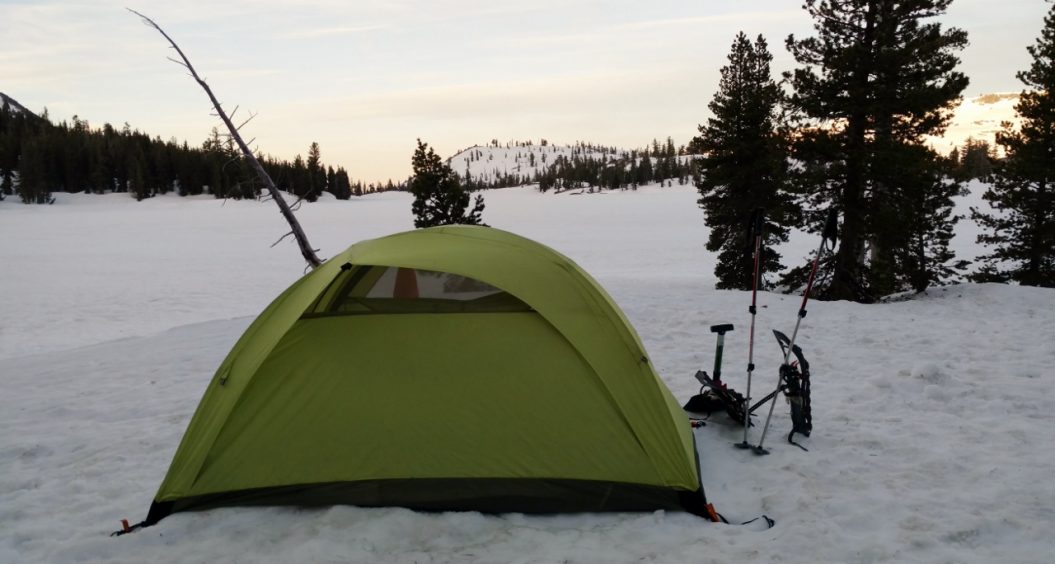 Tent staked out at Lake of the Woods

4 responses to “Pitching a Tent in Snow”