The Oboz Sawtooth hiking boot is a beefy hiking boot in a compact package. I’ve been testing the boots all winter and there are a number of features that I like. They are rock solid on slippery, wet surfaces. They have a substantial rubber bumper around the heel and toe. They are waterproof, which came in handy in the near-record breaking winter that California had. I thought they might be less comfortable than the lighter Luna model that I tested previously, but they were more comfortable and fit my foot better. The only downside is that I’ve gotten a couple of blisters on backpacking trips. 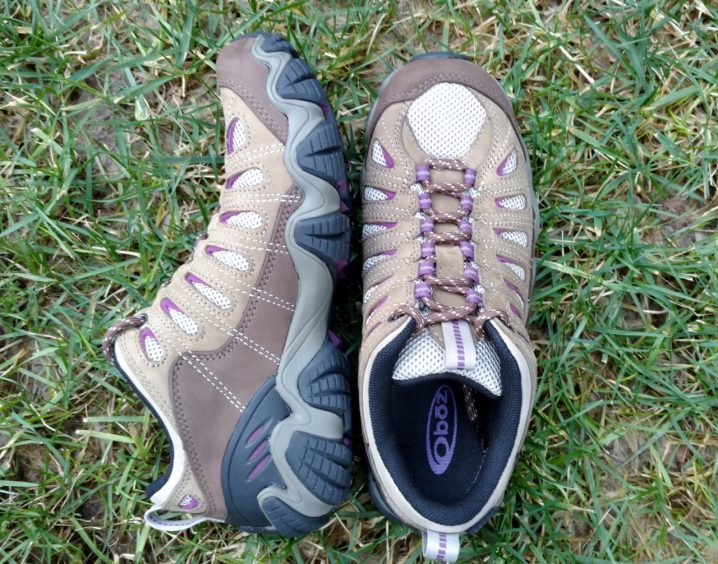 The low cut boots were comfortable out of the box and did not require any breaking in period. I usually wore them with a thin or medium thickness sock for day hikes and overnight backpacking trips. I’ve been alternating using them with trail runners, choosing the boots when I know I’ll be covering more uneven terrain and wish to have a more stable platform.

Comparing one on each foot, I can see that the Sawtooth has a slightly wider toe box compared the Luna and that’s probably why they feel more comfortable. The Luna’s were never uncomfortable but my toes appreciated the wiggle room and my heel was seated comfortably in the Sawtooth. 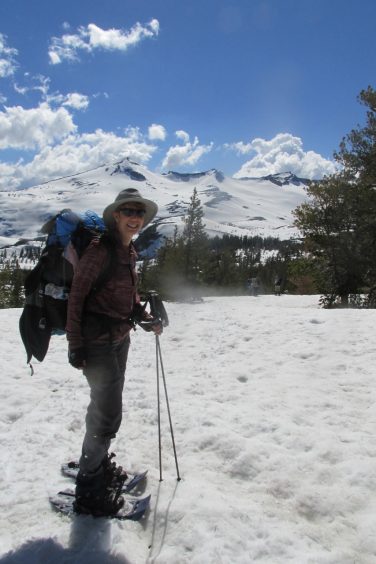 I had numerous stream crossings during the winter and during one rock-hopping maneuver, my foot slipped. My foot plunged into the cold water but the water didn’t come up over the ankle. I was really surprised that the boot kept my foot completely dry, though I shouldn’t have been since it’s described as waterproof. However, the mesh upper is deceiving. The waterproof layer is inside so it’s not as obvious that the barrier is so effective, but my sock wasn’t even a tiny bit damp.

We backpacked last weekend in Desolation Wilderness on top of ten feet of snow. The outside of the boot got wet after slogging through eight miles of snow using traction devices and snowshoes but the inside stayed mostly dry. My sock was slightly damp but I’m fairly certain that it was due to perspiration, not from the outside. I chose this boot for the snow camping trip because of its sturdy construction and waterproof materials and overall, it was a good choice, paired with gaiters. 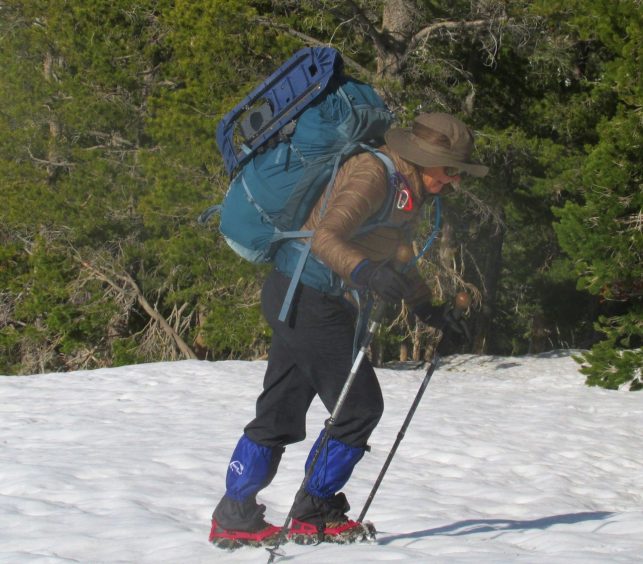 I used to suffer from significant blisters between my toes and along the inside surface of my heel. I’ve solved this problem through a combination of boot and sock selection so I was a little disappointed that on one 11-mile hike I got a small blister on the  inside of my heel and on the 8-mile snow hike I got a blister between two toes. This may be due to the waterproof boot being necessarily less breathable than a non-waterproof boot. This is my only complaint about this boot but it will likely prevent me from taking it on my 150-mile hike from Tahoe to Yosemite. I like the boot a lot for day hikes, short backpacking trips and when wet conditions demand a waterproof boot.

The boot has the following layers:

Overall, the Oboz Sawtooth hiking boot is comfortable, has a roomy toe box and stable platform and is waterproof.

Update: I continued backpacking in these shoes due to the persistence of snow well into July in the Sierra. It finally dawned on me that these were the same size as I wear for a street shoe because I only intended to do day hikes over the rainy winter. I normally backpack in a 9 1/2 shoe. I loosened the laces as much as I could to compensate for the smaller shoe size and just repeated the exact same trip as I reported on earlier (Desolation Wilderness)–no blisters.

$140 MSRP, Available at Amazon, REI and other retailers 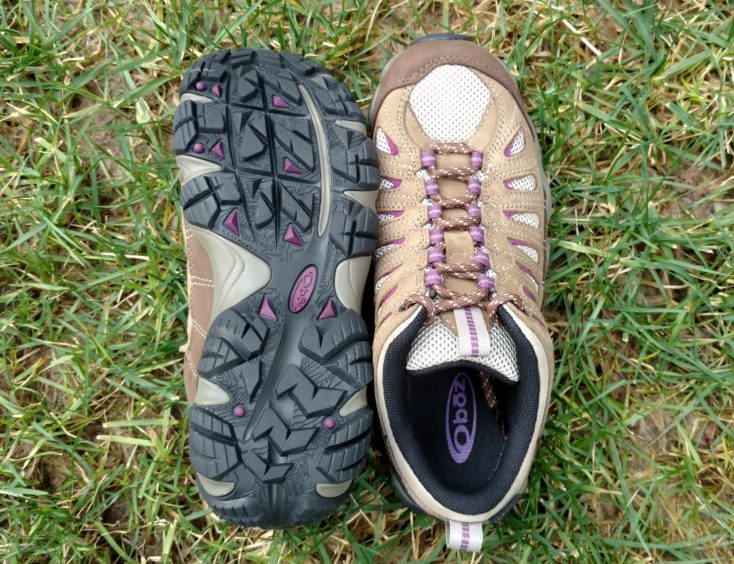 Disclosure of material connection: I received a sample for testing purposes, but the opinions expressed are solely my own.

I am a participant in the Amazon Services LLC Associates Program, an affiliate advertising program.