On my recent snow backpacking trip to Lake of the Woods in Desolation Wilderness over Memorial Day, I found that it was impossible to be ultralight. I’m usually only in the “light” category anyway, with a base weight of 12-16 lbs depending on whether I have a bear canister and any luxury items. I have lots of duplicate items and for snow camping I kept reaching for the heavier of each. Thick wool hat instead of fleece beanie, wool long johns instead of hiking pants to sleep in, heavier sleeping pad and so on. With food and water I was at 35 lbs, which isn’t too bad, considering. 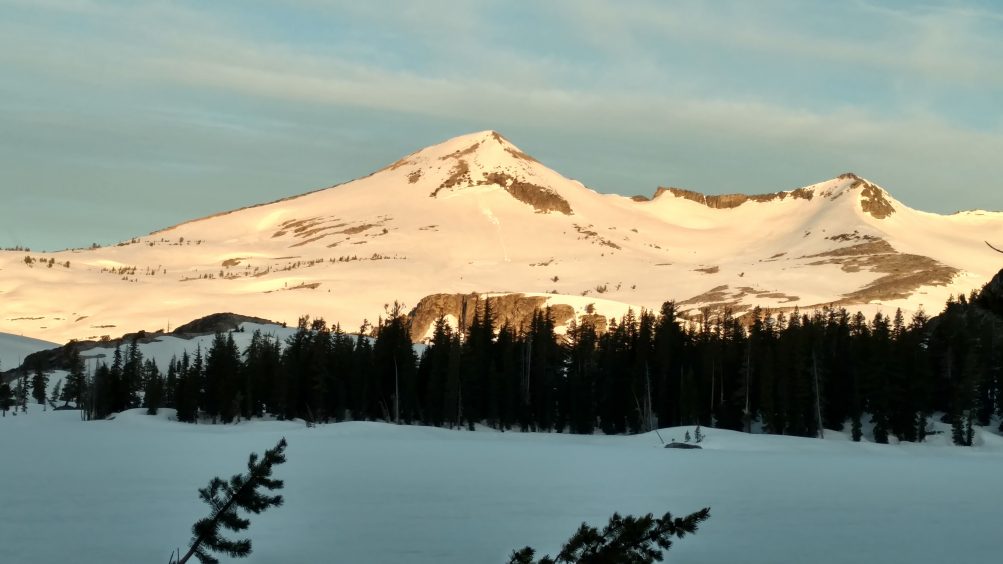 Below is a list of gear that I found helpful. This is over and above any of the regular backpacking equipment that I use. To see my usual list and other checklists, see my Backpacking Resources page.

Before I did this trip, I took a hiking snow skills class with Ned Tibbits, founder of Mountain Education. In this one-day class we practiced self arrest with an ice axe and Whippet, a special hiking pole with an pick on the end, and heard some tips on crossing streams, navigation and traveling over snow. I highly recommend getting some hands-on training in self-arrest before venturing into snowy trails. 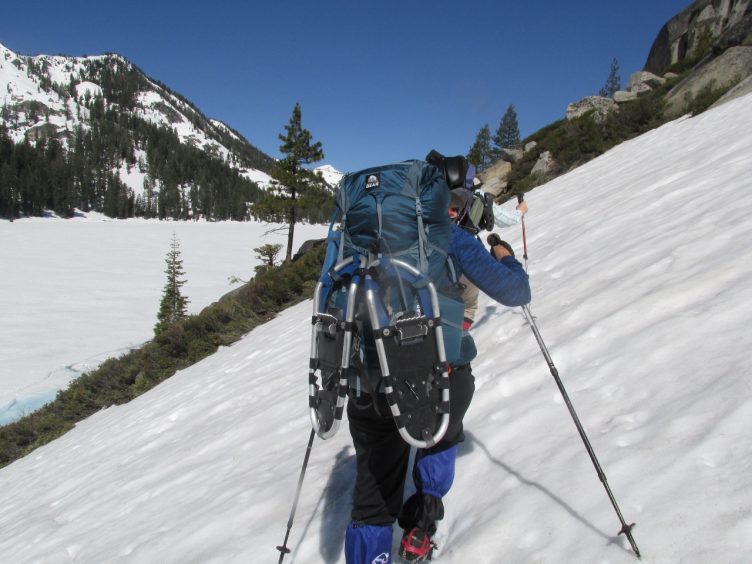 Traversing a snowy slope with Microspikes above Echo Lake. 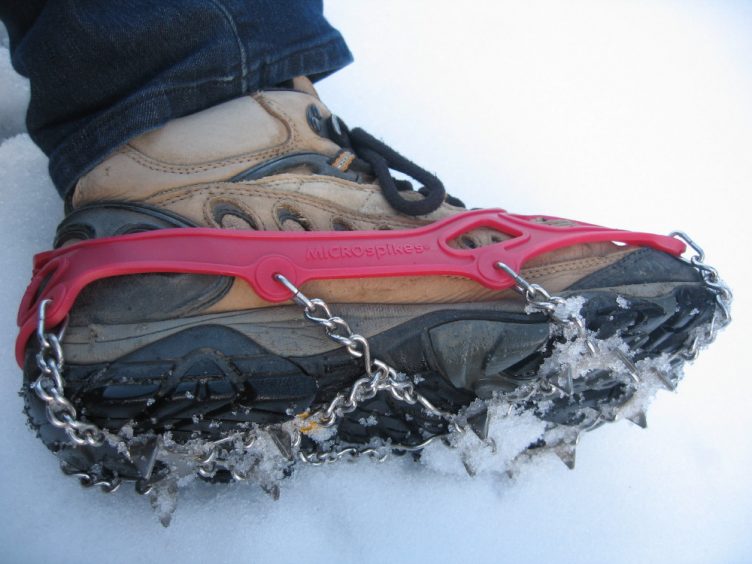 Heavier versions of my regular gear 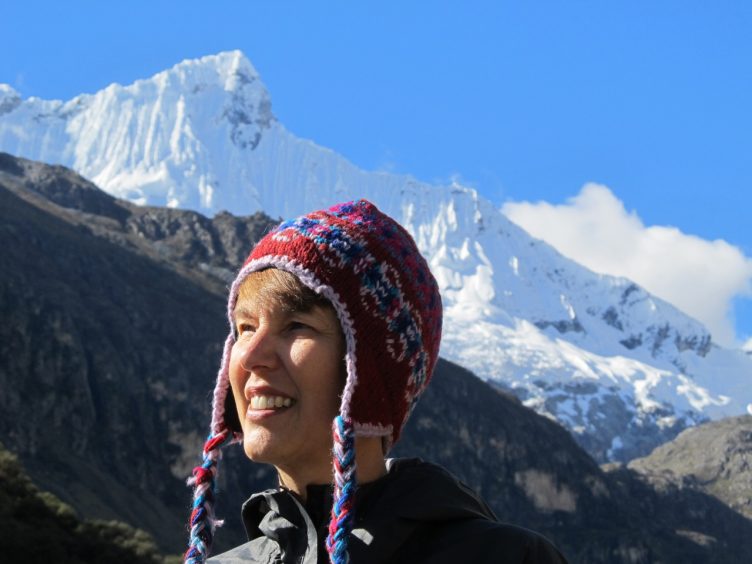 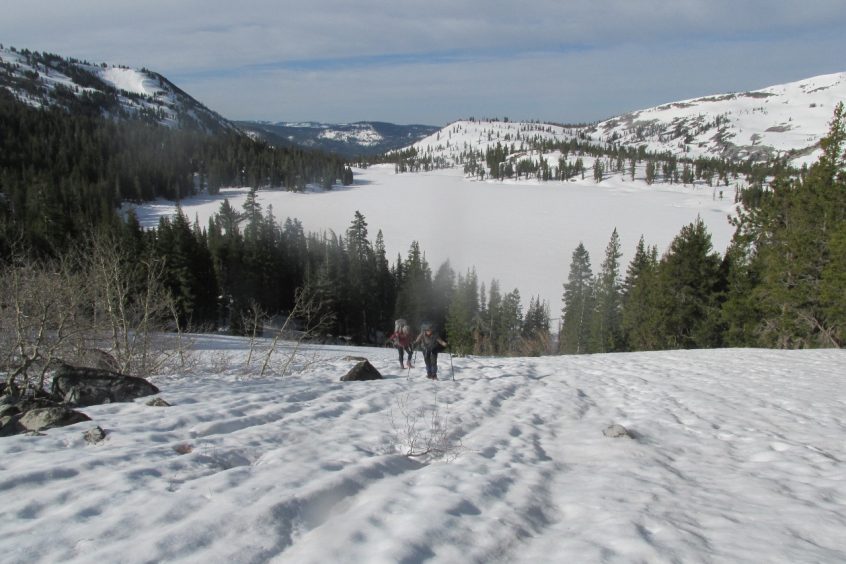 This steep slope might have been easier with crampons instead of Microspikes above Lake of the Woods.

Gear I didn’t have, but would consider next time 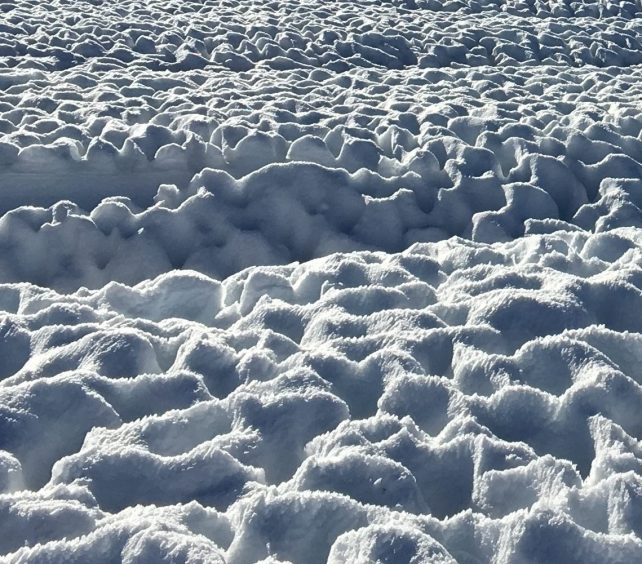 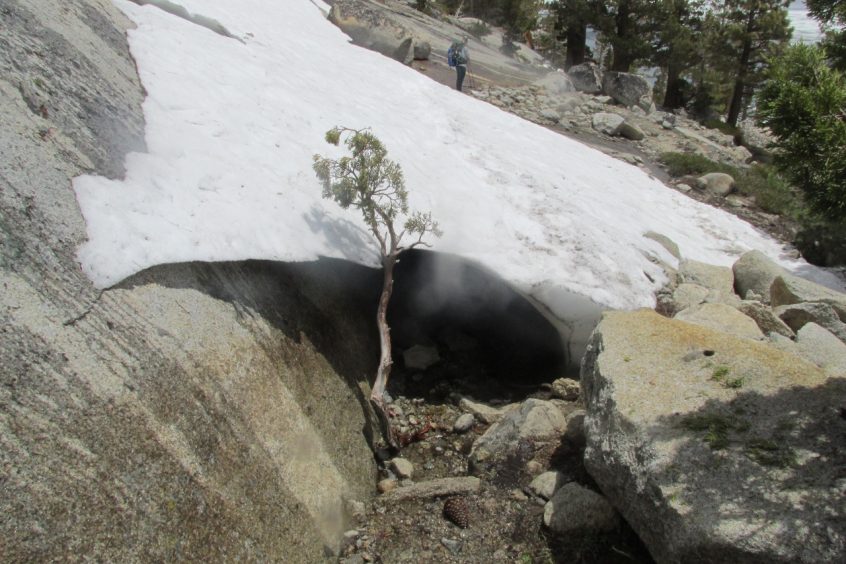 You never know what is under the snow. Approaching from the other side, this looked like solid snow. 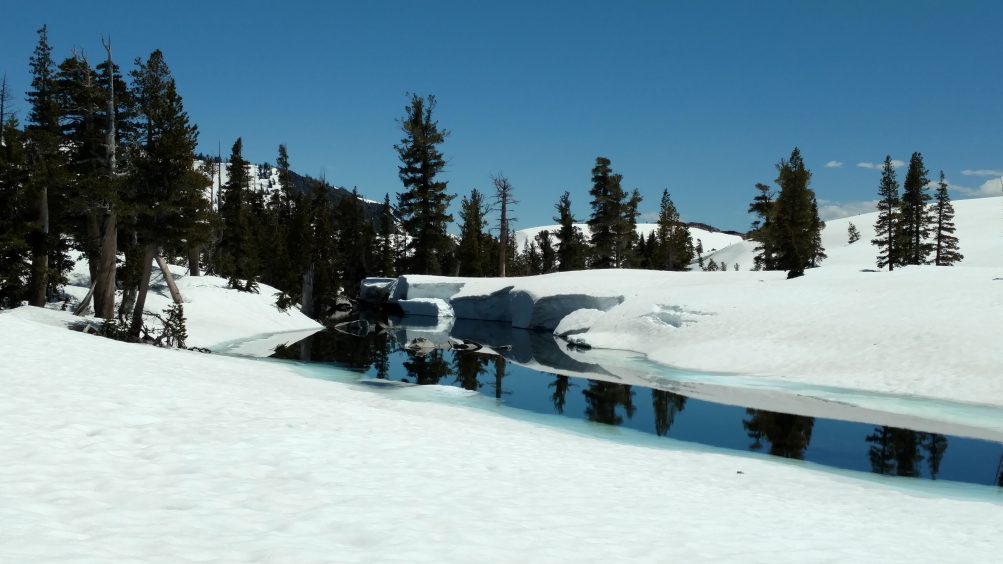 A lake is just starting to appear.

Would I do it again? Yes! The weather was perfect, the beauty astounding and the inconveniences minor. It’s fun to learn new skills and a weekend in the snow was perfect. I have found myself hiking in snow several times this year already, sometimes planned and others unexpected. 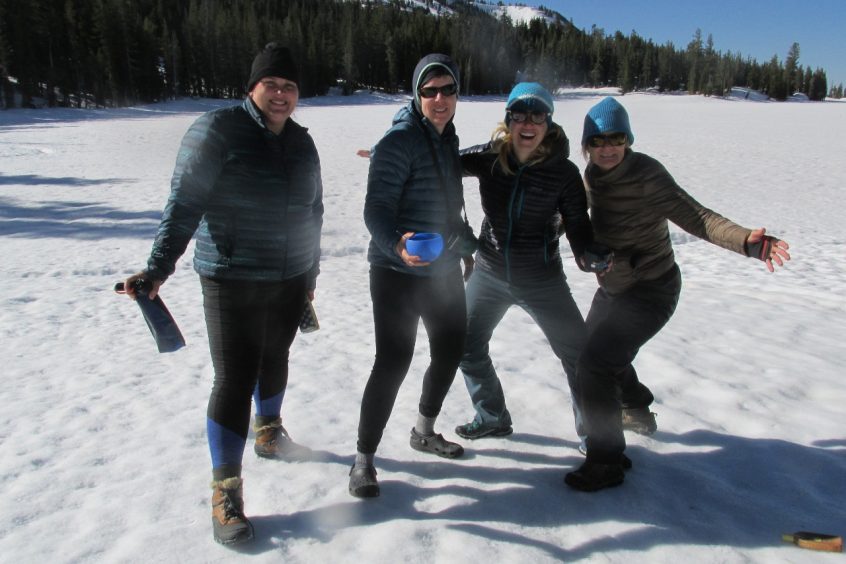 Girls just want to have fun

One response to “An Introduction to Snow Backpacking in the Sierra”