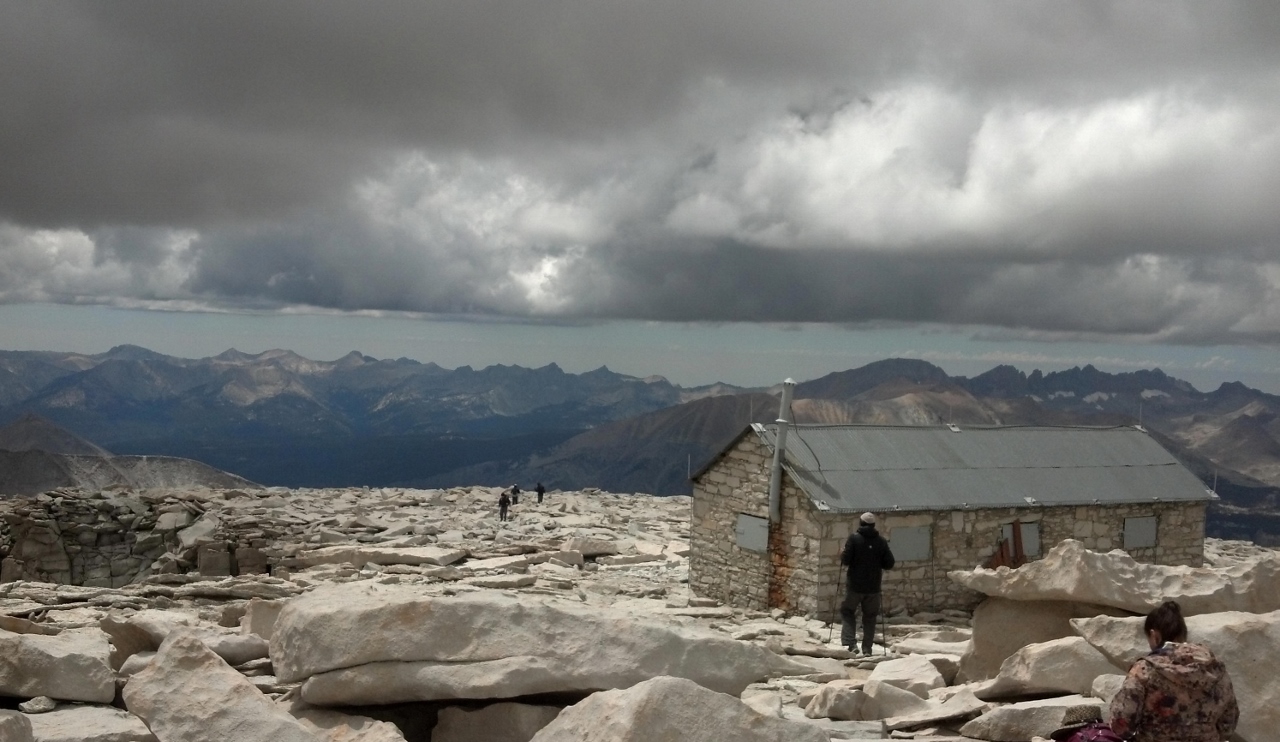 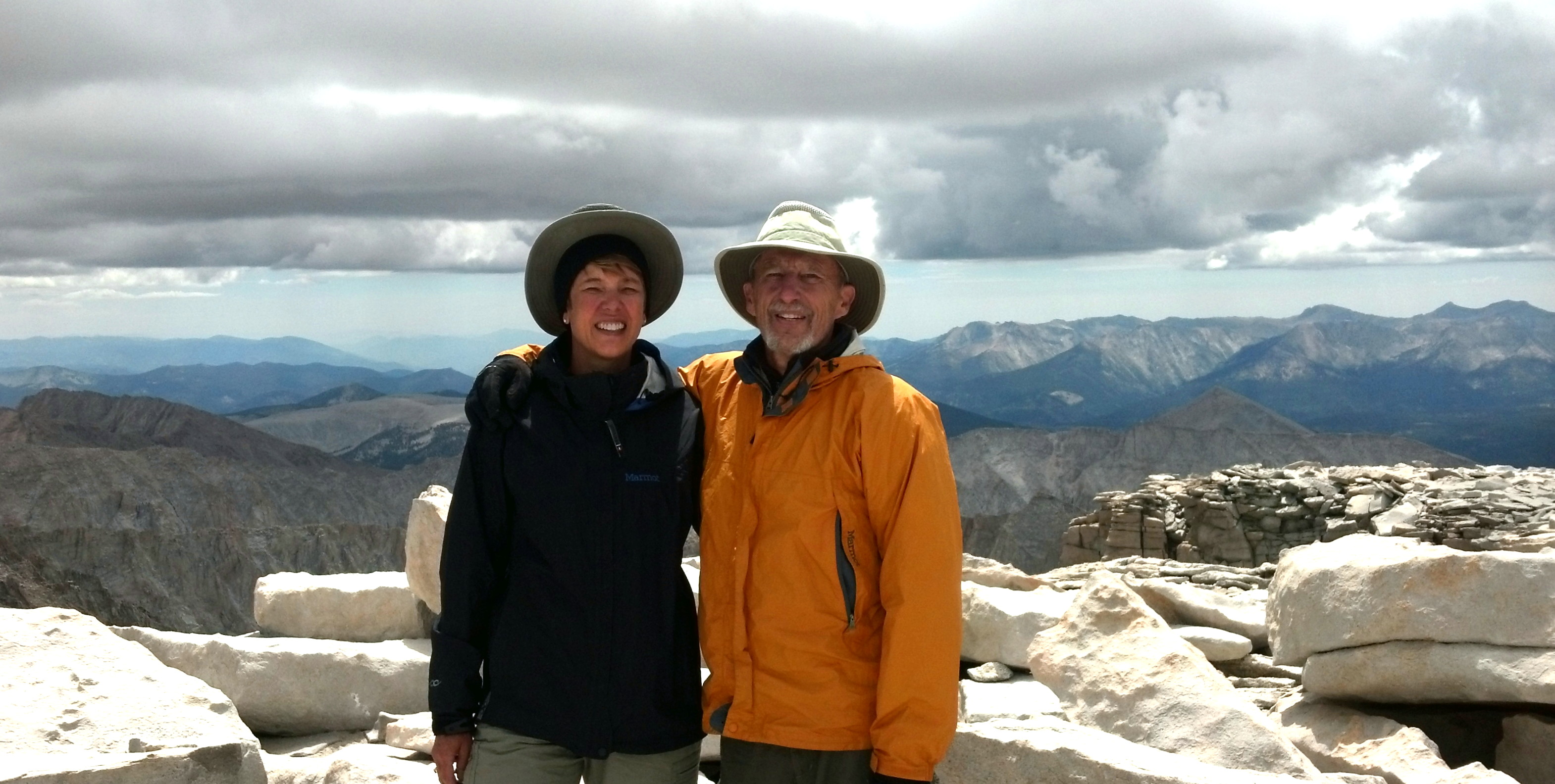 Inga and Steve on top of Mt. Whitney (Inga Aksamit)

I got interested in Acute Mountain Sickness (AMS) because I always seem to suffer from mild symptoms above 11,000 feet no matter how much I acclimate, including difficulty sleeping, headache, low-grade nausea and fatigue. I also develop significant puffiness around my eyes, an indication of Altitude Induced Peripheral Edema. When I hiked the John Muir Trail I did acclimate somewhat but even after two or three weeks I still felt lousy if we camped above 11,000 feet, but then I would magically bounce back to normal if I could sleep at 8,000 feet or lower. A trail friend experienced the same thing, only his symptoms were severe shortness of breath at night while sleeping and he had to be airlifted out from Evolution Lake (10,860 feet) after a full two weeks on the trail. Another friend developed HAPE (see below for description of HAPE) symptoms at Lyell forks (9,650 feet) after 7 days of acclimating and hiking, including a symptom-free night at Sunrise Lake (9,200). These three examples demonstrate that AMS can be unpredictable, persistent and serious. 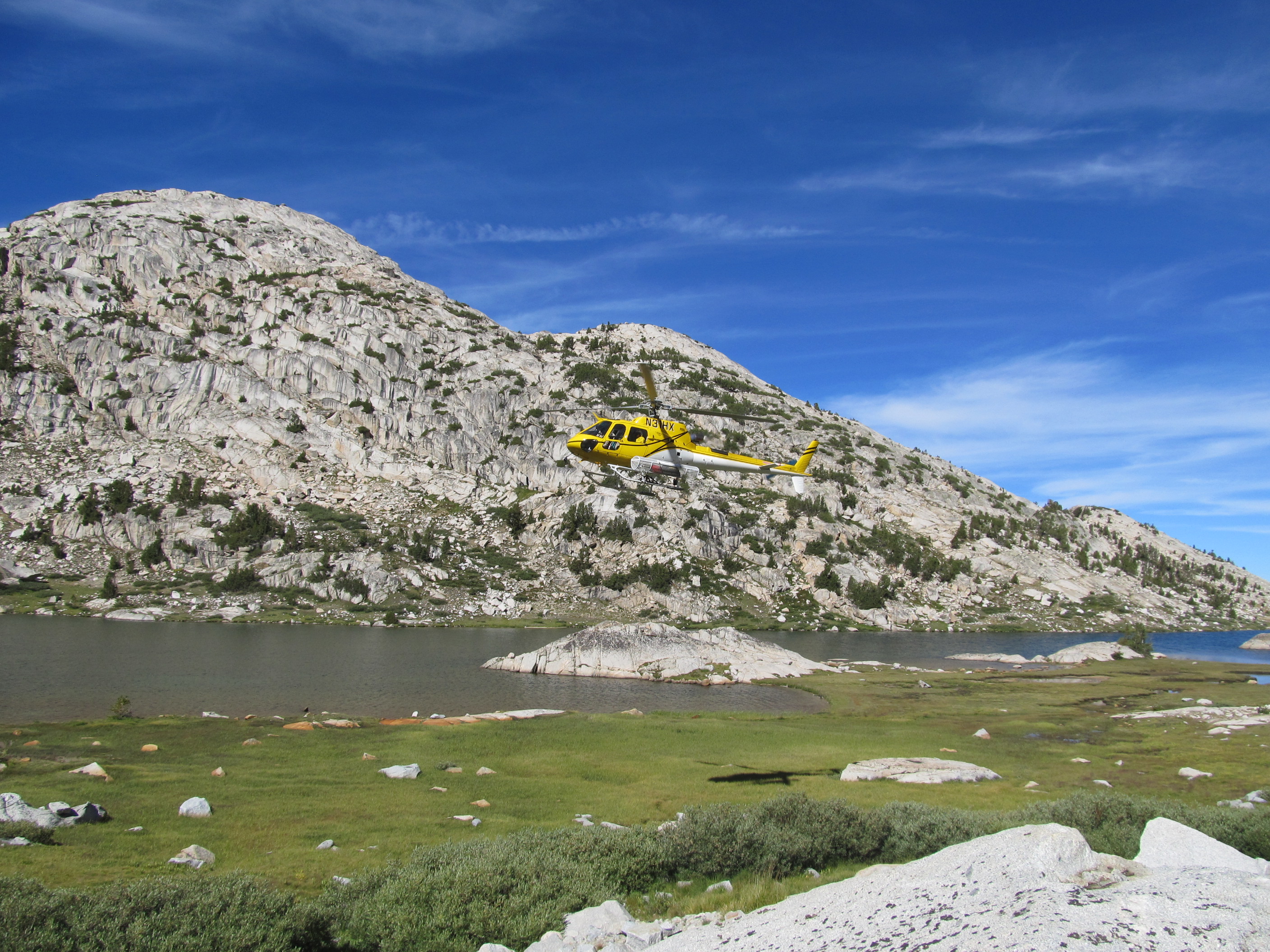 An Unofficial Acclimatization Guideline for JMT Hikers can help John Muir Trail (JMT) hikers learn about how to recognize and manage AMS. Leslie Rozier, DNP, APRN and Kenny Meyer developed the first version of the guideline and I came along as a contributor later on. The free 20-page document is available for download and is comprised of a background educational section describing AMS, a quick scoring system that can be used to evaluate the severity of AMS in the field and an extensive FAQ section. Medications are beyond the scope of this guide but a good summary is available from the Altitude Illness article found in the Centers for Disease Control (CDC) Yellow Book.

The John Muir Trail (JMT), which shares most of its length with Section H of the Pacific Crest Trail, contains ten high passes ranging from 9,700 to over 13,000 feet and most of the trail is higher than 8,000 feet. At these elevations it is more common for people to experience headache, shortness of breath, sleeplessness and other symptoms, including loss of appetite, nausea, vomiting, dizziness and tiredness. Unfortunately a small percentage of people will go on to experience the more severe, potentially life threatening symptoms of High Altitude Pulmonary Edema (HAPE) with shortness of breath, a productive cough or bloody sputum, or High Altitude Cerebral Edema (HACE) with confusion or unsteady gait, requiring immediate descent or evacuation. A noticeable but less severe manifestation of altitude is Altitude Induced Peripheral Edema (AIPE) that may manifest itself as puffy eyes and perhaps swollen hands and feet, not attributable to other causes. Another condition associated with high altitudes above 14,000 feet is retinal hemorrhage in the back of the eye, which can result in temporary, or rarely, permanent vision changes.

The Lake Louise Score (LLS) is a quick, easy-to-use self-scoring system that can be understood by anyone, with or without medical training. It can be printed and included in a first aid kit or scanned into a smart phone using an application such as Evernote. The LLS uses an elevation gain in the last four days plus the presence of headache as a foundation, requiring at least one other symptom and a total score of 3 to confirm AMS. Each of the following symptoms is scored on a scale of 1-3 with specific criterion for each symptom:

A score of 3-5 indicates mild AMS while a score of 6-9 is severe AMS; 15 is the highest score possible.

There are strategies to prevent AMS but there is no guaranteed way to eliminate the risk. Some individuals have no trouble with altitude while others may develop symptoms at varying altitudes.  The AMS incidence rate is 20-25% at 8,200 ft., increasing to 40-50% and higher at 13,100 feet, depending on the speed of ascent. There is no specific altitude that triggers AMS–the level can be different for different people. That being said, one of the best predictors of AMS is having had AMS previously, although those who have never had problems previously can develop AMS with no warning. The best way to mitigate the risk is to spend some time acclimating, especially for those who don’t know how they will react to altitude.

One recommendation is to acclimate by staying at a moderate altitude (i.e. 7200-9800 feet) before proceeding higher. Two to three days is acceptable, though longer periods will result in better acclimatization. What this means in the southern Sierra is that a couple of days at Mammoth Lakes or Tuolomune Meadows (8,600 feet) before tackling the JMT or other hikes in the high country  is a good strategy.

As the body is acclimating it’s a good idea to get some light exercise but limit strenuous exertion. If spending a few days at a moderate altitude prior to the big trek some easy day hikes can be done. Allowing for low to moderate mileage goals the first couple of days on the JMT will also provide a cushion of time.

A good strategy is to follow the adage “hike high, sleep low”. On the JMT hikers can position themselves near the base of a pass in the late afternoon and ascend the following morning, then get well over the other side to sleep lower that night. Hikers traveling toward Mt. Whitney going southbound will encounter increasingly higher passes, while hikers headed northbound must start with the highest passes, making acclimatization even more important.

Mild symptoms of AMS can be managed with time, rest and over-the-counter medications such as ibuprofen for headache. More severe symptoms mean that ascent must be halted, allowing time for symptoms to resolve. If symptoms do not resolve or worsen further descent is necessary. Often, descending 1000 feet may make a big difference. Symptoms of HACE and HAPE, which are not common but more likely in the higher elevations of the Southern Sierra, must be addressed immediately by descending 1000-3000 feet to avoid tragic consequences, unless medical resources, including oxygen and medications are immediately available.

On the JMT taking an extra rest day may be all that is needed, even if it means having to make up miles later on. It doesn’t mean the trip is over; if symptoms subside the hiker can try resuming the hike. For moderate AMS symptoms a rest day with light activity, which is better than no or strenuous activity, may do the trick.

To find out more about what the experts recommend for prescription and non-prescription therapies for prevention and treatment see Additional Resources below for links to the Centers for Disease Control (CDC), Wilderness Medicine Society (WMS) and Institute for Altitude Medicine sites that summarize evidence-based recommendations. Some of the same physicians are authors on all three of these sources so there is general consistency among them.

On the internet all sorts of unproven remedies are routinely suggested, ranging from just needing to be in shape (not true–AMS can strike anyone, even the most fit), simply staying hydrated (dehydration can complicate the picture and slow acclimatization so normal hydration is recommended but hydration by itself won’t prevent AMS in susceptible individuals) to various dietary or herbal supplements. Some show some promise, including gingko biloba, but conflicting results have been reported from different studies. One difficulty in studying herbal remedies is assuring a consistent dose of whatever the active ingredient might be. Since the industry is unregulated it is impossible to know what, or how much of the active ingredient, is being ingested.

The best approach is to educate yourself and talk to your doctor if you have questions about which remedies are right for you. If you do decide to carry a prescription don’t share it with others since you don’t have a complete picture of allergies and other conditions another person has. Several medications, including acetazolamide and dexamethasone, have proven benefit, but are also associated with side effects. Talk to your doctor if you’re interested in medical interventions requiring a prescription but be aware that many physicians have no special training in altitude medicine and may appreciate your bringing a printed copy of the CDC or WMS guidelines or other resources listed below.

Many people do fine at high altitudes but for those who experience difficulties it’s important to have access to reliable and accurate information. Mild to moderate AMS symptoms may resolve on their own or with over-the-counter medication, while severe conditions like HAPE and HACE must be addressed immediately. Being familiar with the Lake Louise scoring system and strategies to manage AMS can save a life.

12 responses to “Preventing altitude sickness on the John Muir Trail”