Getting from one end of the trail to the other takes some planning. We live in California, so I conned my friend into picking us up in Tuolumne Meadows, where we left our car. We prefer to have our car waiting at the end of the trail rather than the start. We stayed the night at the Lake View Lodge   (retro charm) in Lee Vining, just outside of Yosemite on the east side. We ate at the best restaurant in town, the Whoa Nelli Deli at the Mobil station. The next day she drove us to Echo Lakes and dropped us off. This plan can be accomplished using a combination of public transportation (YARTS from Yosemite, ESTA north on Highway 395, Tahoe Transportation bus from Hwy 395 (Carson Valley) to South Lake Tahoe and taxi to the trail) but will take additional time. Paul of the East Side Sierra Shuttle can provide a custom quote for what you need. I’ve ridden with Paul for other routes and he’s reliable and dependable.

There are several resupply options but only one location, Sonora Pass Highway, that is convenient.

The section of the PCT from Tahoe to Yosemite offers a challenging and rewarding two-week hike through the Sierra. See “Tahoe to Yosemite PCT Section-Itinerary, Maps and Apps” for our 15-day itinerary and other resources. 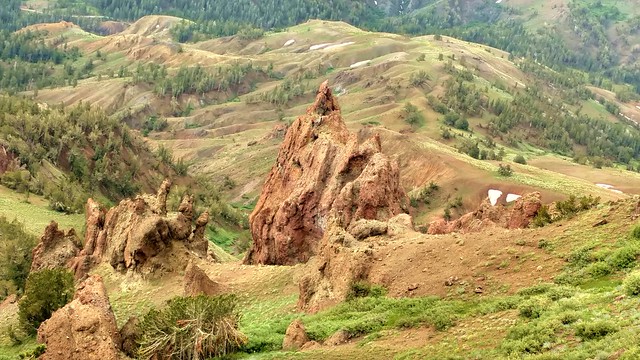