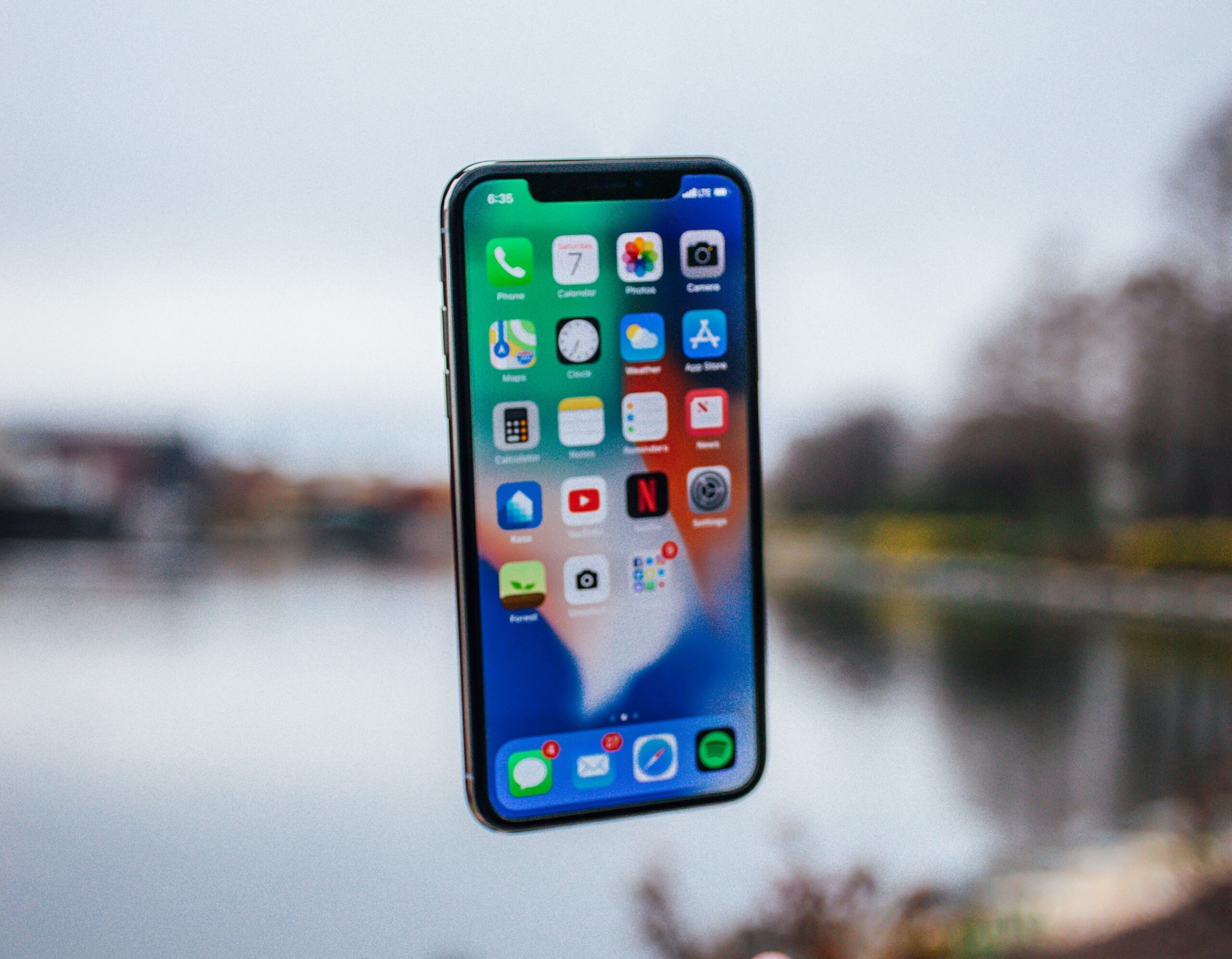 When planning my travel budget, there is something that makes me balk at spending hundreds of dollars on data and communications. Verizon’s $10 per day Travel Pass sounded reasonable for brief trips but I gulped when I calculated $350 for a five-week trip recently. That would be $350 for me and $350 for my husband, for a grand total of $700. We were planning a road trip and wanted Google Maps for navigating and Google Translate for translating menus and interpretive text in museums when Wi-Fi wasn’t available. I researched all kinds of options and will share our choices and cost breakdown. Airalo eSIM, WhatsApp or Verizon worked for us in different combinations for travel.

I decided to use the eSIM Airalo app for travel during our recent five-week trip through Spain, Portugal, and Morocco. My Google Pixel 6 Pro can accommodate an eSIM without fiddling around with removing and inserting SIMs. It worked great, but it’s only for data–no calls or texts. Airalo has plans for countries or regions and I did it by country because our trip was split between regions.

Upon arrival in Spain, I waited until I arrived at the hotel, signed on to their Wi-Fi and opened the Airaolo app to search for plans in Spain.

Here are the steps I followed to activate Airalo. It goes quickly once you’re familiar with the process.

The Help menu at Airalo has detailed instructions on how to get started.

Once I had the previously installed Verizon SIM and the new Airaolo eSIM, it was easy to switch between them and turn them on or off as desired in the SIMs menu on my phone during travel. Different plans had different amounts of data.

It might have been possible to find less expensive eSIMs, but I didn’t want to spend time at electronics stores in each country. This is often done efficiently in airports, but our flight in Madrid arrived so early in the morning that I wasn’t confident stores would be open. We drove from Spain to Portugal and took a ferry from Spain to Morocco, so we didn’t go through any airport. The Airalo eSIM worked well for my travel needs.

If you want to try Airaolo, check out my referral code and we’ll both get a $3 credit: INGA6677

I used WhatsApp to text, call and video call with friends. It’s a free messaging app that operates on Wi-Fi or cellular networks. It can be used by Android or Apple mobile devices or a desktop. It is widely used outside of the US and many guides and businesses use Whatsapp as their primary form of communication. If you don’t have WhatsApp, download it and register at home before your trip. There are no fees or data plans. Anyone you want to communicate with must also have WhatsApp and an existing mobile number is required.

I utilized the $10/day Travel Pass to Verizon three times during the five weeks to see if there were any urgent texts or voicemails–there was only one that needed my attention. On a couple of those days, I also needed to use it to complete two-factor authentication with my bank which requires texting. I will be making sure that, when offered, I will choose email or other verification methods than texting. See more about Verizon below.

What I Didn’t Use

Verizon has two international travel plans. I didn’t use the monthly plan but I did use Verizon’s Travel Pass, which costs $10 per day for unlimited data, text and talk, as described above. When we took our first overseas trip of the year, I thought I could get away with not using my phone much, thinking I could send an occasional outgoing text while using mostly Wi-Fi in the hotel. I didn’t anticipate how much texting had increased over the years and kept getting tripped up by endless incoming texts from organizations confirming upcoming appointments, banks confirming that I was out of the country, and texts from political organizations. We both ended up accidentally triggering the $10 a day Travel Pass charge nearly every day. I could have turned my Verizon SIM card off, but I kept forgetting and every time I took it off Airplane Mode, a text would come flying in.

Verizon also has an International Monthly Plan that costs $100 for unlimited data (though high-speed data applies for the first 2 GB/day with 3G reduced speeds thereafter), unlimited texts, and 250 minutes of call time. Steve used this plan. Verizon has different plans for Mexico and Canada for US plans so this article is focused on travel to other countries.

I looked into Google Fi and it took some digging to sort out the details. It is a wireless telephone plan from Google that provides telephone calls, SMS, and mobile broadband using cellular networks and Wi-Fi. Google Fi uses networks operated by T-Mobile and U.S. Cellular. The cost was significant, I’d have a different phone number, and while you can pause it, it’s designed to be a long-term plan.  It can be paused for three months and then will automatically turn on; keeping the plan paused for long periods is a violation of the terms. However, if I traveled a lot, made a clean break from Verizon, and switched my provider (and phone number) to Google Fi, it would probably be reasonable.

Google Voice is a free VoIP (voice over internet protocol) app is available for US users who have a Google account. You can get a phone number in your home area code or transfer your current number. It works with a data or mobile connection and can be used on a smartphone, tablet, or laptop. It may be a viable solution for receiving and responding to texts (though some banks will not recognize Google Voice numbers as mobile numbers), ride sharing services and other accounts. Unlike Google Fi, it’s free to set up and most services, including calls and texts within the US, are free. You pay a few cents a minute for international calls and texts. You must have an existing phone number (mobile or landline) to use Google Voice, as calls to Google Voice will be forwarded to that number.

I signed up for a Google Voice number but haven’t had a chance to test it on a trip. In preliminary testing, I could text with a friend but my bank would not recognize it for two-factor authentication, which is too bad.

My husband, Steve, had a million projects going with our remodeling projects and deliveries, so he didn’t feel that he could forego calling/texting using his regular number. He chose to use the Verizon International Monthly Plan of $100 for 30 days of travel.

There were three technical glitches that resulted in four 20-40 minute calls to Verizon to solve. Even though he completed the steps of signing up for the International Monthly Plan before we left and received a confirmation, something went wrong, he was charged $10 a day as if he were on the daily Travel Pass. This was resolved through a phone call to Verizon, but a few days later, he found that he couldn’t make calls, again due to an internal issue with Verizon. Customer service agents were very helpful, but it took time away from our trip to get them resolved with two phone calls. Half way through the trip, we started getting daily messages from Verizon that Steve’s number was triggering a daily charge. Because we thought something went wrong with the montly plan, Steve initiated the daily Travel Pass. This required a third phone call to resolve once we returned home. Verizon removed six days of extra charges that were applied during the time that his monthly plan was in place. However, during this call, the agent kept quoting data limits for the monthly International Plan that contradicted what I was seeing on the website. When they compared what was on their screen vs the website, the agent said he must not have the current information. Lesson: carefully review charges, examine what is promised on the Verizon website and don’t hesitate to contact Verizon if you think something is amiss.

Inga spent a total of $77 for data plans on a five week trip:

Summary: Airalo eSIM for the win for travel

Both of us were reasonably satisfied and it was a good experiment. Airaolo eSIMs plus Whatsapp worked well for me, with three Verizon Travel Pass days scattered throughout the trip so I could check for anything urgent. Everything worked seamlessly for me so it was hassle-free once all the apps were set up. The combination of Airalo plus a few Verizon check-ins was less expensive than Verizon alone. Steve needed constant access to information coming in on his Verizon emails, calls and texts so Verizon worked best for him, but it was hardly hassle-free since it took four lengthy phone calls to initiate, troubleshoot and resolve billing issues. Airalo eSIM, WhatsApp or Verizon for travel worked for us in different combinations and there are other options to consider.

Introduction to Tangier, Morocco via Spain