The call of the Pacific Crest Trail 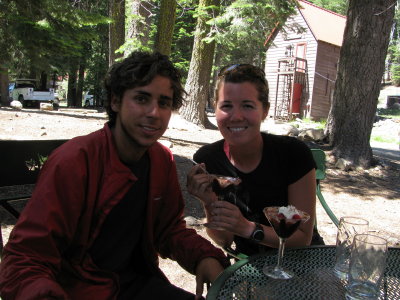 Tiffany & Aron at the midway point of the PCT

“Those two are thru-hikers,” said Billie, as she was giving us an overview of Drakesbad Guest Ranch at check-in. I listened with half an ear as I gazed at the lean and sinewy young couple scarfing down a big lunch of sandwiches, soup and salad, my mind whirring. After Billie finished our orientation, pointing out trails to hot pots and other volcanic features, I ambled over to Tiffany and Aron and peppered them with questions about their time on the trail. 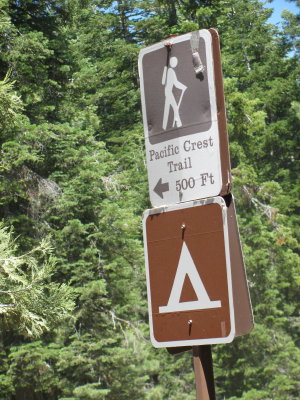 Thru-hikers hike all 2,650 miles of the Pacific Crest Trail (PCT) in one season, a four-six month sojourn from Mexico to Canada, approximately tracing the spiny peaks of the Pacific Crest over the Sierra Nevada and Cascade ranges. Section hikers break the trail into sections and tackle one section at a time, sometimes taking years to complete the entire trail. In an average year 300 hikers start in Mexico but only about 180 complete it, succumbing to the daunting distance, fatigue, injury, boredom, loneliness or other reasons. It takes an immense amount of planning, sometimes involving 6-8 months worth, in addition to physical and mental fortitude, to tote a pack and pound the trail for that distance, and I was fascinated to have the opportunity to talk to these two travelers at the half-way point.

Leaving them to enjoy their meal I gave them a break, then returned for a long chat, sitting in the comfort of the shaded picnic tables outside the dining lodge. When they finally pulled away to get a hot shower before hitting the trail to put some late afternoon miles under their feet I was enchanted. Though Tiffany and Aron had just graduated from college and had the strength of the young, Ed, Billie’s husband and co-host of Drakesbad Guest Ranch, came by while delivering some calorie-boosting dessert for the hikers and told us of 60 and 70 year old thru-hikers (in addition to some 9 and 10 year olds). That got me thinking about my husband, Steve’s, and my boomer bodies and whether we could pull long distances. 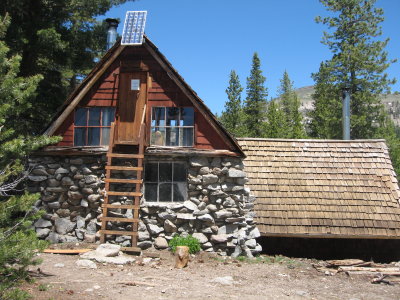 Peter Grubb Hut on the PCT near Castle Peak

The last 3 weeks have, by chance, put us on sections of the PCT that we’ve never been on before, and it started feeling like some kind of sign, though we’re not usually prone to reading Tarot cards.  First, we hiked a section of the PCT from highway 80 to the Peter Grubb Hut in a failed attempt to get to Paradise Lake, our trip aborted due to excessive snow. We heard about and read the hut journal of two thru-hikers from the UK who expressed happiness at being able to sleep in the hut the night before, complaining in the journal about too many nights in the snow, despite the late June date. 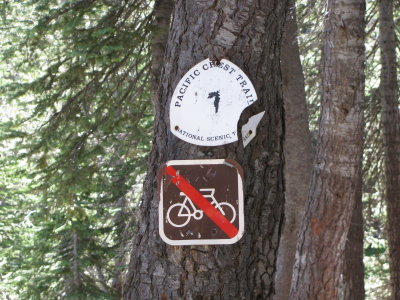 The next weekend we attempted to get to Meadow Lake and encountered the same difficulty with deep snow. After almost getting stuck in our off-road vehicle we got out and were tromping around in the deep, sugary snow when I spied a slim trail disappearing into the thick forest. I turned around and found the other end and saw the PCT trail marker. A little seed was planted in my mind about linking the Castle Peak section to Jackson Meadows.

This weekend we found ourselves at the Drakesbad Guest Ranch on the eastern slopes of Lassen National Park, and just before we arrived at the ranch we saw the PCT trailhead and looked at each other with surprise. The PCT once again! 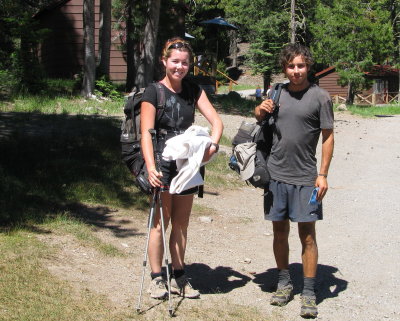 Tiffany and Aron, who hail from San Francisco and go by the trail handles “Darko” and “Passant”, have been on the trail for about 3 months, and are amazingly in synch and considerate of each other, laughing and reminiscing about milestones on the trail. Their packs were feather light at under each. My pack on a weekend or weeklong trek weighs in at 30- so I have some work to do to trim down. They explained that they invested heavily in high quality ultra-light equipment, often sourced from small, independent suppliers who manufacture equipment not normally found at large, chain outfitters. They use a Rainbow Tarptent that functions well except in high wind, they said, carry a sleeping bag and secured a unique wood burning camp stove, called a Bushbuddy, to save on the weight of fuel canisters. Tiffany looked fresh and clean while Aron looked reasonably clean, but a bit trail worn as the straps of his pack were wearing holes in his shirt and his stubble of facial hair gave him a weather-beaten look.

We learned of the generosity of trail angels, who set out water, food caches, rides to towns and trailheads. Generous souls like Ed and Billie, welcome thru-hikers at any time of day and feed them until they burst, offer a hot shower with fresh towels and a bar of soap (Tiffany jumped at the opportunity, while it took a little nudging for Aron to succumb), provide laundry services and information about the next section of trail and people to look up along the way who will take care of them. 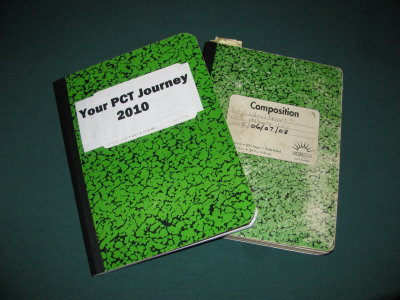 Seeing Tiffany writing in a journal, I learned that Ed keeps a notebook for the thru-hikers to sign. Thumbing through it later I saw numerous grateful entries extolling the virtues of their bighearted hosts. “Cliffhanger” and “Milk Sheikh” told the tale of hiking from Mexico to Mt Whitney, then flipped up to Dunsmuir, near Mt. Shasta, to reverse directions to alleviate the snow hiking, fell in a creek and said, “A hug from Ed was a day changer.” Rees Hughes said, “I’ve been hiking the PCT for 29 years and this place is extraordinary.”  “I feel like I’ve died and gone to heaven,” from Wander pretty much sums it up.

Keeping up our PCT theme we picked up A Thru-Hiker’s Heart, Tales of the Pacific Crest Trail at the Drakesbad store, an account of a PCT journey by 60 year old Ray Echols. This is providing an introduction to some of the lingo of the PCT, a set of vocabulary that is as unique as any other specialized group, such as sailors, mountaineers or SCUBA divers. ANZ, zero days, slack-packers and other new words started rolling around in my mind. ANZ, short for ANZPCTKO, is short for Annual Day Zero Pacific Crest Trail Kick Off, a gathering for the year’s group of thru-hiker hopefuls at the California-Mexico terminus. Zero days are rest days, or days with zero mileage. Slack-packers are those who hike for a day or more without their packs, either stashing them and backtracking, or if they can secure separate transportation for their pack. 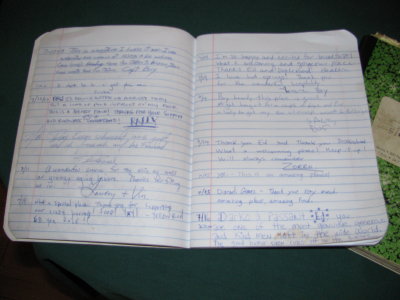 Hearing about 60 and 70+year old thru-hikers inspired us, and learning about the strategies that make an undertaking like this possible make it seem like an idea that isn’t as outlandish as I once thought. Who knows what we’ll do with these thoughts, but this is how we started talking about the 33 mile Chilkoot Trail from Alaska to British Columbia, and now we’ve done this historic and challenging trail twice, and extended the trip by paddling of the Yukon River from Whitehorse to Carmacks. Next week we will tackle the next of the Yukon River from Carmacks to Dawson City in a canoe and we’ll have lots of time to talk about what we’ll do next. Probably the John Muir Trail, a section of the PCT in Yosemite will be a good start for us.  We’ll have to wait and see…stay tuned.

See my story, “Bear Encounters on the Chilkoot Trail”, in Travel Stories from Around the Globe, available in the Kindle store:

3 responses to “The call of the Pacific Crest Trail”