The transformation of the Presidio of San Francisco 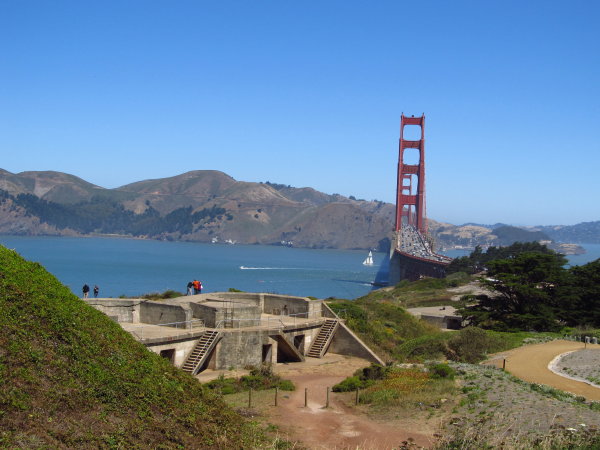 The Presidio of San Francisco, which in my youth was just a pretty, mostly off-limits place that we drove through to get to the Golden Gate Bridge, is being transformed into a first class destination, an oasis of green that is steeped in history. After 15 years of often rancorous discussion and community decision-making the decommissioned military installation is coming into its own in a big way, and, so far, it is looking to become a crown jewel in a city that already has an embarrassment of scenic and cultural riches. 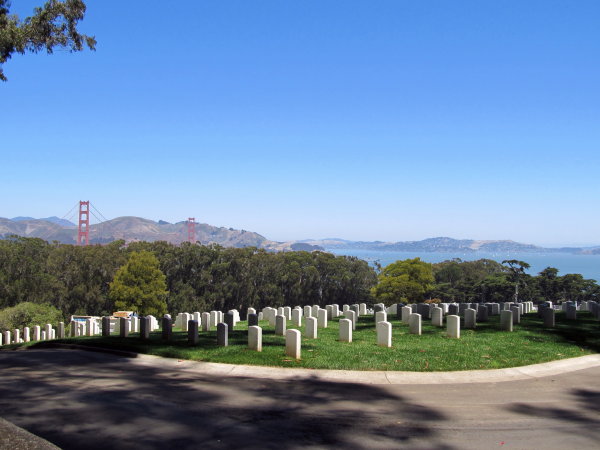 Now a national park within the Golden Gate National Recreation Area the offerings in the 1,491 acre park are as varied as the makeup of the city, ranging from pools and hiking paths to museums and eateries. A campground, spring-fed lake, coastal bluffs, dunes, saltwater marsh and an extensive forest draw nature lovers, while the Walt Disney Family Museum, Thoreau Center Gallery and public art works attract culture vultures. History buffs will be interested in seeing relics and exhibits that chronicle the imprint that two centuries of military occupation left on the land, starting with the Spanish army in 1776, followed by the Mexican army in 1822, and finally the United States army from 1846-1994. Architecturally interesting buildings date from every era, beginning with the Officer’s Club, one of the oldest buildings in San Francisco that dates from the original Spanish Presidio built in the late 18th century.

Highlights of the Presidio

2.  Overlooks-Eight overlooks, including the new Golden Gate Overlook and Pacific Overlook, provide awe-inspiring views of the San Francisco Bay dotted with sailboats, the green expanse of Crissy Field,  the graceful arc of the Golden Gate Bridge and the rugged coastline of the Pacific Ocean, not to mention historic concrete batteries used by the military to safeguard the city.

3.  Rob Hill Campground-the only campground the in the City, this is sure to become a highly sought after experience in a quiet corner of the Presidio. 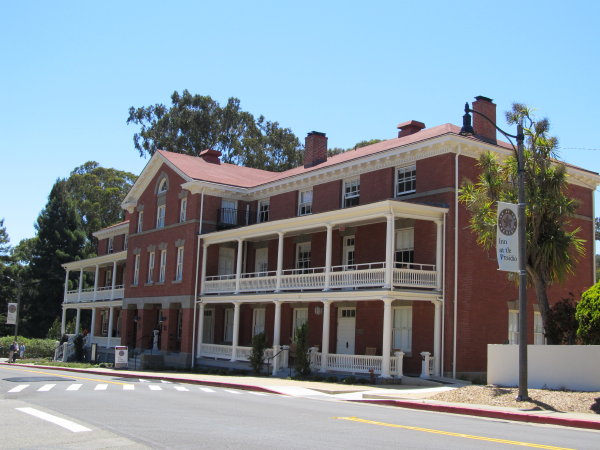 Inn at the Presidio

4.  The Inn at the Presidio-This newly opened hotel is the first to operate within the Presidio. Rooms are spacious and many are suites, located in a historic, completely renovated building that was once used to house unmarried officers and their staff.

5.  Beaches-Baker’s Beach and Marshall’s Beach face the robust waves of the Pacific outside of the Golden Gate, while the waterfront at Crissy Field offers access to the gentler waters of the San Francisco Bay.

6.  Hiking and Biking-Twenty four miles of routes offer the gamut from gentle strolls to a real workout along coastal bluffs. Bikes can be rented at the Sports Basement, located on the Presidio. 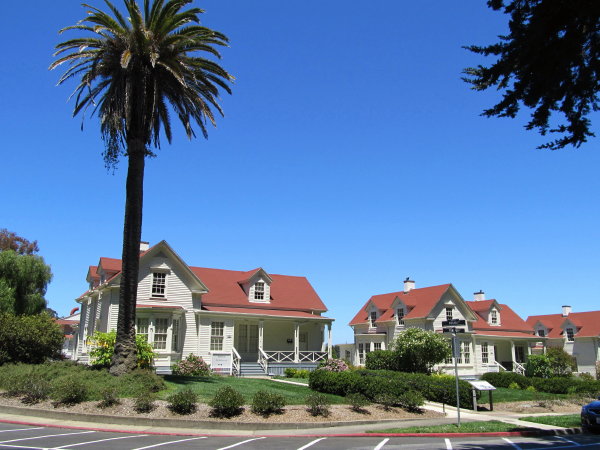 Historic buildings are leased to residents or businesses

7.  Recreational activities-Play golf at the renowned Presidio Golf Course, swim at the YMCA pool, rockclimb at Planet Granite, bounce on the trampoline at House of Air or take the kids to El Polin Sping or Julius Kahn Playground.

8.  Log Cabin-Built in 1937 of rough, sturdy timbers this is now a popular wedding location.

9.  Arion Press-A working press, this is a must-see for book lovers who will enjoy seeing the letterpress foundry with cases of metal typefaces and taking a tour of historic printing and bookmaking techniques and equipment.

10.  Dine at one of the twelve eateries in the Presidio that range from casual snack stops like the Golf Course General Store, where you can get a hot dog and a beer, to the upscale Dixie Restaurant, where you can feast on southern comfort food.

The Presidio, home to over 200 community, corporate and retail organizations and 3,000 lucky residents that get to lease housing previously reserved for active military, offers a luscious sanctuary and unique slice of history to  visitors and residents of this vibrant city  . 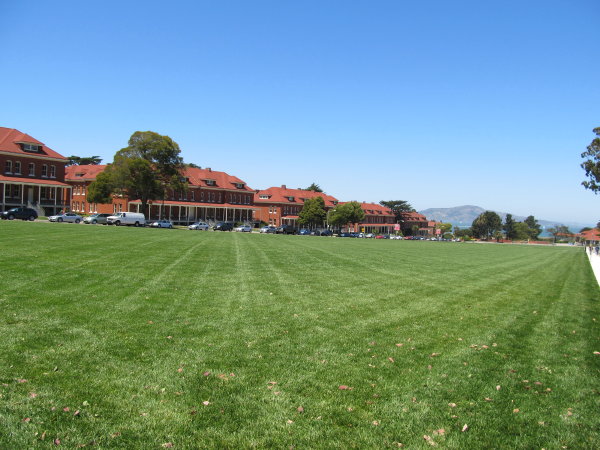 The Presidio of San Francisco
www.presidio.gov

The wonders of Sequoia National Park

2 responses to “The transformation of the Presidio of San Francisco”